a Haley McGee production
presented by Outside the March and Soulpepper
in collaboration with red light district.

The Ex-Boyfriend Yard Sale is postponed, for now…

Due to COVID-19 Soulpepper Theatre has announced they’ve cancelled the remainder of their 2020 season, which includes our co-production of Haley’s McGee’s The Ex-Boyfriend Yard Sale.

We’re so deeply disappointed that we can’t share this very special project with you this time around. And we’re doubly saddened by the cancellation of all of Soulpepper’s summer programming. It stings.

We’re already dreaming about the not-so-distant future when we can safely convene in a live theatre again. We–Outside the March, Soulpepper, and creator and performer Haley McGee–are already planning to bring the show back to Toronto. It’s a matter of when, not if.

If you are a ticket holder, you should have already been contacted over email by Soulpepper about your tickets. If not, you can get more information here. If you have the means, we encourage patrons to convert their ticket to a credit to Soulpepper’s future programming. That kind of gesture makes a huge difference for charitable arts organizations.

In the meantime, please stay in touch. Outside the March is an immersive theatre company, meaning we often produce in places outside of traditional theatre venues. As you may already know, we’ve launched an auditory performance that brings theatre directly to you over the phone. And through our social media and mailing list we’re working to help audiences and artists stay connected during physical distancing, especially for those who are particularly isolated.

Theatre is still possible right now. In fact we believe it might just be vital. We all need to connect, even–and especially–when we’re apart.

The Outside the March team

This performance was developed in Camden People’s Theatre’s Starting Blocks scheme in 2017. In August 2017, it won the Wilderness Festival commission. The Ex-Boyfriend Yard Sale premiered at Camden People’s Theatre in November 2018. Partner venues include Battersea Arts Centre and The Albany with additional support from Arts Council England, The Theatre Centre (Toronto), and Ontario Arts Council (Canada).

The Young Centre for the Performing Arts
50 Tank House Lane

This is intelligent theatre – deeply felt, consistently hilarious and hypnotically honest – that’s been carefully made. 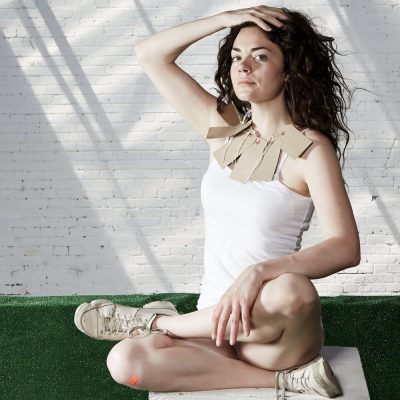 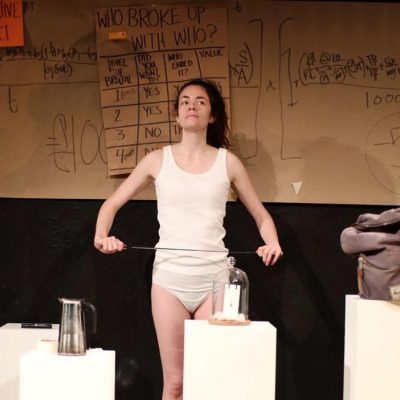 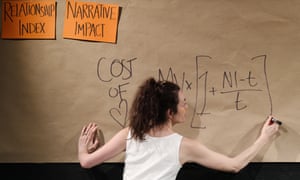